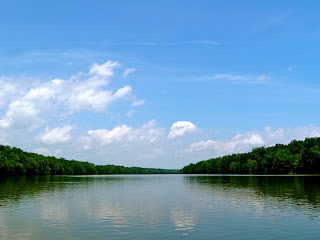 I keep a clear space

around me.
Steering a steady course on the broad blue river,
dark rich silt,  fertilized by ancestors, settles to the bottom.

Limitations bestowed on me by Epilepsy
merely create structure like low tree covered shores
shaping the course of the broad river carrying me.

Ancient trees stand silently lining the shores
with no thought to the river flowing steadily past
Has the soil around their roots been worn away
by years of life's eroding river?
or have they been strengthened by the steady flow?
Has either happened?
The river and trees know not of each other
but reside side by side one supporting one another
A relationship of chance.

The relationship I have with epilepsy has taught me much.
No matter how deep and strong the currents
of family, friends, career or community run,
I must develop and maintain a healthy relationship with this Elephant in the room.

If any of the mistakes and missteps I have made in this life
have negatively affected that relationship
not only do I pay the price, but one or more of you in my family does as well.

If any of my wants and desires has pushed me
beyond my limitations, you and I pay the price once more.

Gratitude for all of you that have roused me from my seizures,
mending my soul and my body,
caring for me and accepting me
as I carry this unusual gift of Epilepsy.

Thank you to all.

“Thanksgiving comes to us out of the prehistoric dimness, universal
to all ages and all faiths. At whatever straws we must grasp,
there is always a time for gratitude and new beginnings.”
- J. Robert Moskin

Posted by Susan Ward at 8:17 PM 2 comments: Links to this post

The elephant in the room... 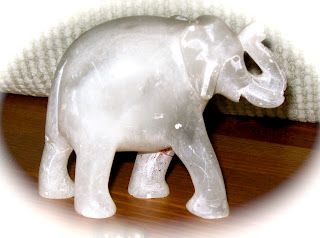 Pretty big hints that Elephant needed
talking about
taming
accepted as part of me.

As years have passed
Elephant and I have come to an understanding.

Elephant is to be treated with genuine
kindness and respect

Elephant will remain a silent partner in my life,
as long as I feed, water and nurture myself.
Aging or illness may cause our relationship to change.
I am not silent with
family
friends
colleagues.
about Elephant
for it is they - all of you -
that will have to deal with the rogue Elephant

Elephant is my responsibility
and I do understand.

“We decided that it was not good asking ‘what is the
meaning of life’, because life isn't an answer, life
is the question, and you, yourself are the answer.”
Ursula K. LeGuin 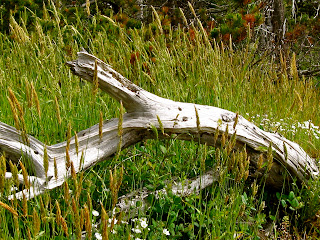 Over coffee this afternoon, discussion turned to my blog posts.

Oh, all right, I turned the discussion to my blog posts.
What do I write about today?
Only three more to go!

'Have you considered epilepsy and aging?'

I admitted that the thought had crossed my mind
but it had just passed on through.
(I haven't really wanted to discuss the 'A' word ~
it's getting a little bit too close to home!)

So I did some research.
It seems neurologists are saying that
our body's ability
to metabolize medications or
our long term seizure control
can alter as we age.

Well, duh!  I knew that ~ as a nurse I provided
many people with that explanation.

“Silently one by one in the infinite meadows of heaven,
blossomed the lovely stars, the forget-me-nots of angels.”
~ Henry Wadsworth Longfellow

A darker side of epilepsy 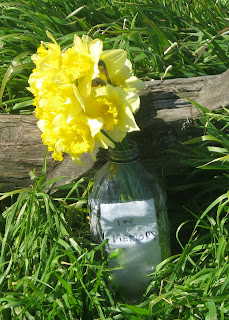 Going blithely along my way,
unaware of SUDEP and then,
finding out about it was rather unsettling.

Another one for the researchers ~
SUDEP's 'exact mechanism' is unknown.
Giant phrases like ~
insufficient brainstem serotonergic activity or
peri-ictal cardio-respiratory dysfunction ~
both prime suspects in this unsolved case.

In general if epilepsy is
more severe
less controlled
the risk is greater.

I have lived my live to honour my mother,
who died far too young and far too tragically.
I didn't know that as I was changing
the way I lived my life ~ epilepsy management ~
that it would truly save my own.

Once more I am grateful ~
this time for today, and
the many days I have behind me.

SUDEP is most often unwitnessed.
I think of my gentle brother who died alone.
Would he still be alive today if...?
“I've never sung anything
I wasn't ready to sing.”
- Claudia Schmidt

Posted by Susan Ward at 10:50 PM No comments: Links to this post

On the road again... 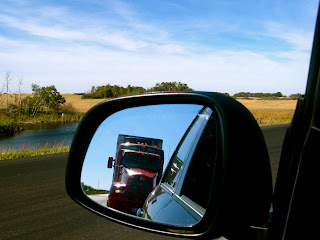 ...just four days before the end of this journey.
I have attempted to show you the surrounding landscape as I travel with epilepsy, my ever present, and not entirely welcome, companion.

When the destination is reached on the evening of March 31st, you will go your way, I and my travel companion will continue our journey.

My road, and the roads of my fellows with this condition will have a few different potholes in it than those of yours, but they often are merely potholes, and not necessarily caverns to be lost in.
Very unfortunately, there are times when such potholes do create devastating and life changing events for some of my fellow travelers.

The sky is most often blue,
somedays cloudy, some days clear and open.
There may or may not be days full of stormy weather.

Making sure I am behind the wheel driving my life allows epilepsy to be only a passenger, rather than a wild, untrained driver (dare I say teenager?).
I only ask that this passenger be as silent and unobtrusive as possible.

I visit my doctor to ensure correct medication,
I go to the lab to get blood tests to ensure a 'therapeutic' dose of my medication is present within me.
I balance work and play to the best of my ability.
And laughter - the best medicine - underscores it all.

“The road of life twists and turns and no two directions are ever
the same.  Yet our lessons come from the journey, not the destination.”
~ Don Williams, Jr.

I call them 'my jumps' 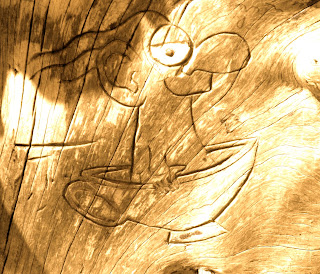 I'm certain there is
some kind of clinical name
But I just call them 'my jumps'.

The first was when I dropped
my hairbrush at age 12.

There must have been a lapse
of consciousness as I really
don't remember dropping the brush, only that it was suddenly on the floor.

These 'jumps' have provided some rather humourous, and some exasperating, situations!

One such 'jump' involved powdered milk....
Measuring out ingredients called for in a recipe,
dry powdered milk filled a cup measure.
Suddenly I was covered in powdered milk
as though I had stepped out in a very dry snow storm

Each 'jump' has involved my right arm flinging itself into the air.
Whatever I'm holding gets dropped or flung away.
I have broken china, dropped raw eggs, my garden fork,
and worst of all, lost an entire freshly made cup of coffee to the kitchen floor.

A 'jump' can also be in the form of my knees buckling
causing me to lose my footing and almost fall.
I have dropped straight down - and like a ball -
bounced right back up.

These 'jumps' all happen in the early morning
when I have not kept myself sufficiently rested over a couple of days.
Thus I have learned to give myself
lots of time to slowly wake up.
And on my first day off after a couple of long shifts
I sleep in - or at least try to.
No early morning appointments for me!

To avoid another coffee mishap,
I do make my coffee or tea, doctor it and
then head back to bed with a book for an hour

I have learned that they may or may not be
a precursor to a tonic/clonic (grandmal) seizure.

Many have heard me boast quite proudly of being seizure free
For some odd reason, in my head, these 'jumps' do not count.
I am always referring to being free of the
grandmal - the tonic/clonic - seizures.

I still very occasionally have one of 'my jumps'
Before I am out of my pj's
and while I am still sleepy
Flags to my day that say:
"slow down and breathe"
"get centered and calm",
"this morning you need more time",
"do a longer, slower yoga routine"
Just little tricks so I can enjoy the day that stretches ahead of me.

"If you realize you aren't so wise today as
you were yesterday, you're wiser today."
~ Olin Miller
Posted by Susan Ward at 11:13 PM No comments: Links to this post 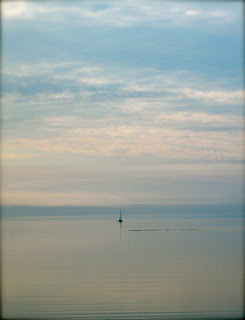 ....of a welcome and challenging
work day, it is time to rest

Each of us but a speck
on the horizon  floats
at the mercy of movement calm or wild.

Tonight all is calm.
For that I am grateful
Another day seizure free is a blessing.

“What is without periods
of rest will not endure.”
~  Ovid

Posted by Susan Ward at 8:52 PM No comments: Links to this post